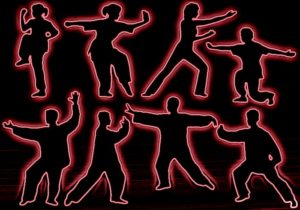 Do you want to get fitter and healthier? Do you feel stressed or have trouble sleeping?  If boot camps are not for you or you want to wave good-bye to the gym then say hello to Kia Ora Tai Chi.

Come along for FREE 45-minute tai chi lessons on Monday 13th and Wednesday 15th February at 6.30pm, with Jocelyn Watkin, a qualified tai chi instructor, who has been practising tai chi for 14 years. Adults and high school students are all welcome.

What to wear: Please wear loose comfortable clothing and flat-soled shoes (such as sneakers, trainers or tennis shoes). Please also bring a drinking bottle of water.

What to expect: The class will begin with a sequence of easy, flowing exercises which are low impact and gentle on your joints. Jocelyn and some of her students will then demonstrate the tai chi form so you can see what it looks like.  After that, you can have a go for yourself and learn the first few steps. In just one class, you’ll be doing tai chi. Join a friendly bunch of people at a great venue, which has lots of free parking.

Longer term, tai chi can help you to improve your fitness, health and balance, reduce stress and lower blood pressure. It is an ancient, Chinese martial art that involves a series of movements performed in a slow, focussed manner and accompanied by deep breathing. Tai chi is suitable for all ages and fitness levels. If you are unable to stand for very long, Jocelyn is also qualified to teach seated tai chi, which you can do alongside the rest of the class.

Say kia ora to the meaning of tai chi

In the beginning, there was a supreme nothingness and then there was tai chi (supreme everything).

This legend is according to ancient Chinese philosophy, which includes Daoism (Taoism) and Confucianism. In the beginning, the universe was a supreme emptiness – called “Wuji” [English spelling of the Chinese characters]. The Chinese characters can mean infinite or ‘without a ridgepole’ (sort of like not having a geographic, magnetic nor a celestial pole). Wuji is like saying “without ultimate” or “the ultimate nothing”.

Then the Chinese equivalent of “The Big Bang” happened and Taiji (“supreme ultimate”) came into being. The literal translation of the Chinese characters for “Taiji” is “Great Pole”, words that can be used to describe the vastness of the universe.  As well as “Taiji” the English spelling is often “Tai Chi”.

The first known written reference to tai chi appeared in the Book of Changes over 3,000 years ago during the Zhou Dynasty (1100-1221 BC). In this book it says that “in all changes exists Tai Chi, which causes the two opposites in everything.”

The martial arts form of tai chi is called [in English] Tai Chi Chuan (also known as Taijiquan). The Chuan part means ‘boxing’ or ‘shadow boxing’. Combined, the phrase means “supreme everything boxing”, and includes a Chinese meditation system, health practice and internal martial art.   All of this is included in the abbreviated term “tai chi”.

While tai chi has its origins in the mists of time, the formalised, martial arts tai chi forms were created in the late 1600s. The first of these was Chen style. Several variants of the Chen-style form have evolved over the centuries and are taught in many countries in the world.

Read more about the origins and styles of tai chi from Dr Paul Lam: History of Tai Chi